​​
This play is of special significance to journalists, misogynists, duelists, Francophiles (who look down on Anglophiles), Germans, historians, Jews, feminists, Anglophiles (who look down on Francophiles), politicians, judges, lawyers, nationalists, and adulterers.  Some others too. Expect to be shocked over how public viewpoints on misogyny, nationalism, and dueling have changed. Anglophiles will grin.  Francophiles will be embarrassed. Misogynists will wink. Feminists will wink too.  A good time will be had by all.

Madame Caillaux is a two-act historical drama based on events that resulted in what became France’s trial of the twentieth century, as the Dreyfus Case was the trial of the Nineteen Century. This 1914 very true story is about a murder.  And yet mention Madame Caillaux’s name and her name elicits the universal response: “Who is she?”

The trial of Henriette Caillaux dominated French public life between Mar 16 and July 28. 1914. France and Germany went to war within minutes after the jury announced its verdict.  (Some say coincidentally) What was all the fuss about?  Suffice it to say that a 2018 version of the same story would have either Michelle Obama or Ivanka Trump walk into the Washington Post and shoot down the publisher.  Would all other news be overshadowed by this murder?

A 2018 version of the same story would have either Michelle Obama or Ivanka Trump walk into the Washington Post and shoot down the publisher.  Would all other news be overshadowed by this murder? ​ 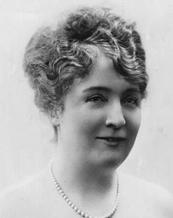 Natalie, a French journalist in 1944

FIRST REVIEW
Tony,
My apologies for not making it to CosmoWriters today to participate in the review of your play.  I felt the clouds begin to gather yesterday, and by this morning an unexpected storm threatened my most sensitive current work project, and I knew that I wouldn't be able to make the discussion and still get to the university course I'm taking later in the afternoon.  But let me give you a summary of what my comments would have been.
Overall, this has to be my favorite among the several works of yours that the group has reviewed since I started attending 4-5 years back.  Your previous plays showed a real knack for character analysis of your protagonists and in particular the shady sides of their character that are often ignored by the history books.  This one, I believe, with just a little additional work, has the potential to go beyond that and say something meaningful about human nature, or the human condition more generally.
What is it in the human psyche that led to Mme Caillaux's acquittal?
I loved your Scene 12, with journalists Nadine and Estelle's discussion after the service for - who is it for, Joseph Caillaux?  Henriette Caillaux?.  I think Joseph?  I would bookend the play with an opening scene where Nadine and Estelle are talking before the service begins in the same coffee shop.  And then go into the rest of the play as written.
In the meat of the play, my suggestion would be to grapple more directly with the question of Why the Acquittal?  The key here may be Henrietta's split personality that you portray so well, and some dialogue that sets the stage for the verdict.  What does that say about human nature and the human condition?  Nadine and Estelle will then need to restate that directly in Scene 12 (maybe now scene 13).
I think this really has the potential to rise to a new level.
I had some less important stuff as well.  Nadine is Nancy in the list of characters.  There are a couple of interventions by the lawyers in the court room scene are directing things that should come from the judge.  And a few typos here and there.
I hope this is helpful.  Hope to see you Wednesday evening at duplicate.  My best,
Chris   2019 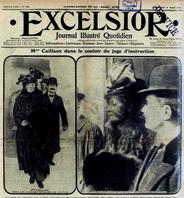 As I remarked at last year’s review of a different part of this play, this work dramatizes a significant event in social history of which I knew nothing.  It is a most interesting — if dubious — point on the long trajectory of women’s fight for equality.  Tony has done great work in exhuming it from the scrapheap of history.

I have some suggestions for Tony’s consideration.

Writing historical dramas requires putting words into the mouths of famous people who can no longer speak for — or defend — themselves.  It is a practice with which I am very uncomfortable.  However, much of the piece we are reviewing today takes place in a French courtroom.  Is there a chance that the dialog we have read comes directly from a verbatim recording of those proceedings?  If so, that would give much more authority to the play.  I think the work would benefit greatly from an introductory author’s note telling how much (if any) of the courtroom dialog is taken from the actual record (and the sources) and how much is invented.
The play mentions in passing Le Figaro’s many diatribes against Joseph Caillaux.  But in the spirit of showing rather than telling, the play would be improved by including two or three excerpts from these screeds — the worse the better to get the blood moving — so that we can see for ourselves what drove Henriette so crazy.
If the quotations suggested above do not do it, then tell us what Gaston Calmette so despised about Caillaux.
In my view the play lacks a critical exchange: the judge’s instructions to the jury as he is sending it off to reach a verdict.  On what legal basis did the jury find the accused innocent?   How much freedom did the judge accord them?  What did he direct them to consider?  To ignore?  Did the French have the equivalent of our “Not guilty by reason of insanity” plea?  Did the judge mention precedents?  This interchange between judge and jury could be a dramatic highlight of the play (if in fact it did occur).

There is droll humor in the realization that today the feminist position would argue for Henriette’s guilt.