Collington Stage Video of The Agony of David 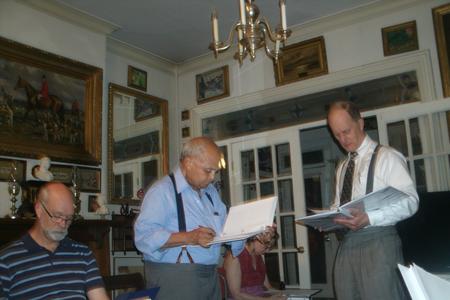 Read the full script of the Agony of David(15)
HOME 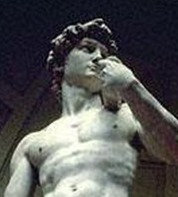 Read the full script of the Agony of David (9)

the agony of david

Now, therefore, the sword shall never depart from your house. (2 Samuel 12/10)

This two-act tragedy of faith and sin is totally based onthe life of David, second king of Israel, and pivotal to the two Davidic religions, Christianity and Judaism.David, once a shepherd boy and now the mighty King ofIsrael, rules the entire region after being crowned King of Israel in 1010 BCE.  He has put together a kingdom againstall odds.  Even his enemies admit that he is God’s chosen.

But this providentially endowed military and political genius, poet, spiritual, harpist, sportsman, and dancer isbeset by tragedy.  This husband of eight carefully chosen wives and father of seventeen children has proven to be a less than satisfactory father and husband, and while called upon to be the first to create a kingdom of God on earth, has incurred God's wrath. His is a life of faith and struggle reflected by conflicts with his God, political and military enemies,   family of origin, King Saul, wife Micah, and children  Amnon, Abijah,Tamar, and Absalom.  THE AGONY OF DAVID attempts to show how ultimately David must face the tragic consequences of his decisions but in the end is sustained by a remarkable faith and strength of inner character.  This inner struggle is reflected in the enduring fifty psalms, which he wrote three thousand years ago.

Commentary
Hello, Tony.
What a marvelous evening of entertainment last night! I so enjoyed "King David" and the discussion afterwords.

Even today I continue to dwell on parts of your play: the powerful tension in the rape scene; the unison reading of Psalm 23 shortly before King David dies... You and your actors hit some emotional nerves for me - I got goosebumps both times! The issue you raised about the role of all the women in this play and the strength of their personalities also resonated with me. In giving the performance further thought, it was almost as if the character development of the men, even David to an extent, was secondary to the strong personalities your females revealed. Just my humble opinion, mind you, but in any event, it is clear that you certainly have quite the talent for giving people a lot to think about.

As we discussed last evening, I am also emailing you to once again express interest in being your guest at the National Press Club when the rabbi from Italy, the lone female, comes to speak. Whatever she has to say is bound to be quite interesting. Please respond back to me in whichever method is most convenient for you. My email is, klgerstbrein@yahoo.com, and my cell is, 703-677-1242.

I thank you once again for providing people like me with great thought-provoking entertainment. I have marked my calendar for September 5th at the Kennedy Center to see your wonderful play "Paul" again, and I look forward to the pleasure of seeing additional works of yours in the future.