Premiere  of Heathcliff in America at Cosmos Club in October, 2016 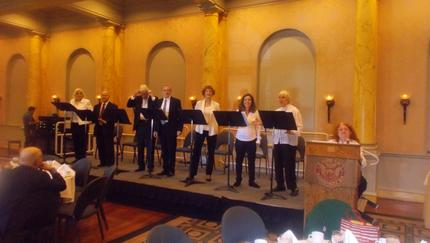 deliberate violations of causal reasoning, producing events and behaviors that are

, irrational or absurd situations and expressions of nonsense.The humour.

the fact that the situation described is so ridiculous or unlikely.  The

) is a form of humour predicated on deliberate violations of causal reasoning, producing events and behaviours that are  obviously illogical. Constructions

situations and expressions of nonsense.

Heathcliff (yes, that one) has become the world’s richest

and most powerful man and now lives mostly in America.  He is a trillionaire.

Rehoboth Beach, Delaware, one of nearly forty homes he owns

The well protected cottage has twenty servants, and of course

his trusted butler, Hindley but he is more than just a servant, and they

who although dead many years, is still with him although he has been married

Poor Heathcliff  faces incessant demands made on his time by

nearly all world political and financial leaders.  He even considers

the President of the United States, prime ministers of Great Britain, Germany, Japan, France, and China, and the Pope as pests.

He hires a special assistant, one humble Nellie Smith who is also on a spiritual journey, as a personal assistant.  Wait till you find out about her.  Oh well.And then the fireworks begin.

A distant  biological cousin, Guru Kasun, a complicated and perhaps questionable man admired by the world, visits. Heathcliff’s mother, who is neither biological nor adopted also comes into the picture.  They both complicate matters