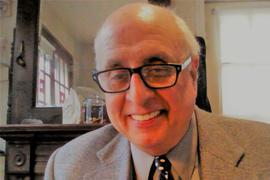 The words “Renaissance Man” are inadequate to describe the multi-faceted career and “retirement” of our luncheon speaker, Tony Gallo. Born in the small western Pennsylvania town of Vandergrift, his interests, experience and accomplishments reach an international audience.

From writing award-winning federal research papers, to  renovation of homes on Capitol Hill, plus presenting his own stage plays in major venues and making frequent C-Span appearances, Tony has exhibited remarkable ability and inventiveness across the board. Let’s start at the beginning.

After an undergraduate degree at William & Mary and a Wharton MBA in 1963, Tony entered the U.S. Army. Studying French, Italian and Russian at Fort Knox,. When discharged,   however, he went back home and worked for PNC until 1966 in retail banking and investment analysis

Prior to 1970, he variously taught finance, marketing, economics, money & banking and business at seven colleges and universities, including Duquesne, Pitt and Robert Morris. Along the way, he worked on his PhD but  In 1970 : he entered government work as a Federal Research Economist and moved to Capitol Hill.

By 2000, Tony had authored 250 economic papers and won awards, including one for The Impact of Race on U.S. Food Consumption.  He also founded a Capitol Hill historic preservation & renovation company. Slum-like in 1970, Capitol Hill had become an elite DC neighborhood when the company closed in the late ‘90s. His 26 renovations contributed.

In 2000, he retired from the government and decided to devote his life to public service. The major focus would be drama and journalism. The mission -- enrich the community by providing opportunity for spiritual growth. Via both spoken and written word, he believed an uplifting, moving message can help bring positive change.

Since this decision, Tony has written 24 full-length dramas that have had 160 performances in 45 venues in many eastern states, including the Kennedy Center, the State Department and Off Broadway. Titles include Lincoln and God, The Springfield Boys and Charleston Revisited. He has also written three musicals and is a veteran member of the Dramatists Guild of America.

Also, as a member of The National Press Club, he deals with public interest issues and is frequently seen on C-Span. His “retirement” involves roles as playwright, lyricist, “book” writer, director, producer, editor, screenwriter, publisher and theatre owner. It’s a wonder he has time to speak at our luncheon. Thankfully, he will do so, and the topic will be “The Challenge of Being the Wharton School Playwright.” From all we know about Tony, it’s going to be a very interesting time. 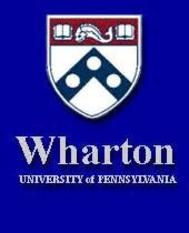