HEAL ME, LORD
TOO MANY WIVES 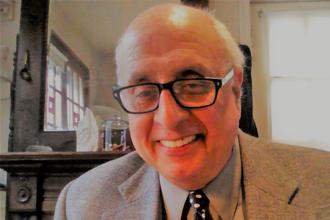 Now, therefore, the sword shall never depart from your house. 2 Samuel 12/10

This musical about faith and sin is totally based on the life of David,second king of Israel, and pivotal to the two Davidic religions,Christianity and Judaism.David,once a shepherd boy and now

He has put together a kingdom againstall odds. Even his enemies admit that he is God’s chosen.But this providentiallyendowed military and political genius, poet, spiritual, harpist, sportsman, and dancer isbeset by tragedy.  This husband of eight carefully chosen wives and father of seventeen children has proven to be a less than satisfactory father and husband, and while called upon to be the first to create a kingdom for God on earth, has incurred   wrath. His is a life of faith and struggle reflected by conflicts with his God, political and military enemies, family oforigin, King Saul, wife Micah, and  children  Amnon, Abijah,Tamar, and Absalom.

THE AGONY OF DAVID attempts to show how ultimately David must face the tragicconsequences of his decisions   but in the end is sustained by a remarkable faith and strength of inner character.  This inner struggle is reflected in the enduring fifty psalms, which he wrote three thousand years ago.