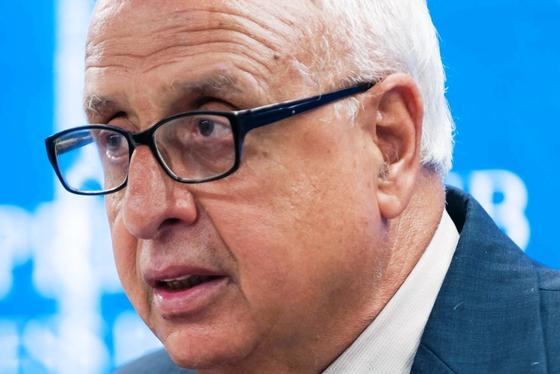 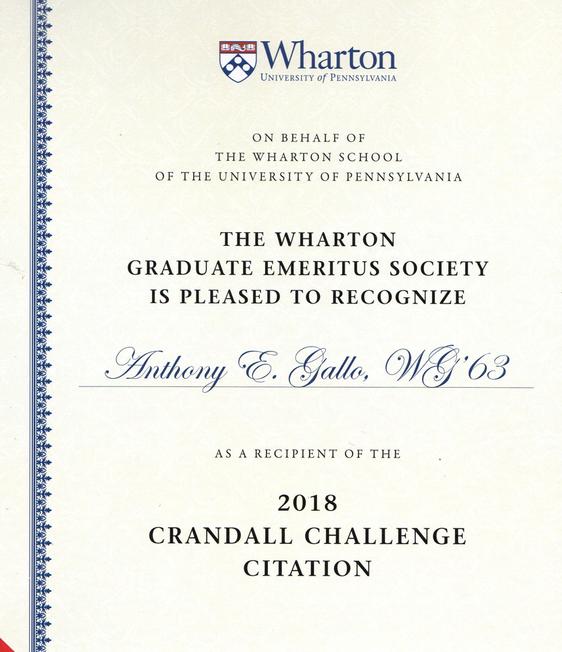 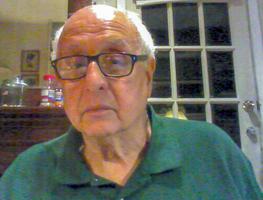 HONORED BY THE WHARTON SCHOOL, THE FEDERAL GOVERNMENT AND   NATIONAL PRESS CLUB FOR SUPERIOR  ACHIEVEMENT

Dramatist Anthony  E. Gallo is a playwright. screenwriter, librettist, lyricist, producer, and director whose twenty-six full-length dramas include Margherita, Eugenio, Better than the Best, Vandergrift!, Lincoln and God, Charleston Revisited, The Botticelli Cruise, Paul,  The Agony of David. The Last Days of King Solomon,  The Tragedy of King Saul , The Springfield Boys,   The Eaton Woman,  Heathcliff in America,the Cabala,  Teresa, L'Enfant, Lincoln and Shakespeare, Jonathan, Luther, and Mr.Morris  He has also  written  one screenplayCharleston Revisited and the libretto, book ,and lyrics for  five musicals: Lincoln and God (with John Ward as composer),   David  ( Margaret and Grant Bagley,composers), Vandergrift (Beatrix Whitehall, composer),  Peggy(Margaret and Grant Bagley,composers). and A Musical Medley

His portfolio of dramas, screenplays, essays, and librettos consists of over seventy works. His plays have

Mr. Gallo is also a journalist and active member of the National Press Club where he has hosted nearly fifty Newsmakers.  In so doing he brings lead characters on national issues ranging from child abduction to gun control on the stage of public opinion-a real-life drama. He is a three-time winner of the prestigious Vivian Award (2014, 2015 and 2016).

Mr. Gallo was formerly an economist, serving as a college professor(1963-1970), banker(1961-63), Federal economist (1967-2000)during which he had a distinguished publication record.  He was an economist at the Economic Research Service of the United States Department of Agriculture(1971-2000), the Bureau of Economic Analysis at the United States Department of Commerce(1970-71), and the Small Business Administration(1967)In 2018, he was awarded the prestigious Crandall Citation by the renowned Wharton School of the University of Pennsylvania.

He also served in the United States Army Reserves (1963-70), and even today is Judge Advocate of his American Legion Post 20 at the National Press Cluband was given that Chapter's  American Legion Award in 2016..

Mr. Gallo was CEO of Victorian Properties of Capitol Hill between 1970 and 1992.  He restored many historic homes between during that period, being a pioneer in the restoration of homes in the Capitol Hill Historic District in Washington, DC.

He is an active member of the Cosmos Club,  the National Press Club, and DACOR in Washington, DC.

While residing in western Pennsylvania, between1963 and 1970 he was employed at the  Pittsburgh National Bank(investment  analyst and retail banking 1963-66),   Duquesne University (finance instructor 1964-69), University of Pittsburgh School of General Studies(marketing instructor1964-70), Allegheny Community College( professor of economics-1966-70), the Pittsburgh Post Gazette(financial journalist 1966), St. Vincent College(professor of  Money and banking-(1966-70), Robert Morris University( business instructor-1964-65).  He worked as a stock boy at the A &P and a writer for the now-defunct Vandergrift News and Valley Daily news when in high school.  He was a civic leader in his hometown of Vandergrift, Pennsylvania during his twenties.  He founded an arts organization called the Civic League in 1966, and was a member of the Vandergrift Municipal Authority 91965-69)

He has resided in the Capitol Hill Historic District in Washington DC, living in the same historic home since 1967 --footsteps from the Eastern Market. He is married to energy and commercial broker  Susan Flaum Hesser, and has one son, Thomas Augustus Gallo.. The younger Gallo(a resident of St. Leonard, MD)is a graduate of St. Johns College in Annapolis(Great Books), MD. He earned his MBA at Johns Hopkins University Cary School of Business in 2018. and is a principal  at  Albert Hall Business Services.