Grant Bagley :      Grant Bagley is a retired physician-attorney who now spends his time studying music  and theater arts  and performing with  music and theater groups. He has appeared with the 7th Street Players at Greenbelt Art Center and in several made for TV productions. He currently performs in a Jazz trio playing Bass with his wife Margaret on piano.  Together they are currently engaged in creating music for several plays by Anthony Gallo.  While upright bass is his primary instrument he also does vocals, plays guitar, electric bass and tuba. His musical repetoire includes big band swing music, classical jazz, blues, country and western, Dixieland jazz and Bluegrass

in several styles from jazz to gospel in addition to piano standards. Having music

and lyrics for  her six granddaughters, she produced a lullaby cd which has been

available for several years. Able to craft songs to further specific scenes in plays, some reworking lyrics, adds to the story. recently performed at the Kennedy Center have been songs written for, David, and    Peggy Collington with husband, a bass player in a combo with drummer, Don Lewis. Most recently the group is adding a Dixieland presentation adding other instruments.

After serving as a Military Policeman in the US Army, Ben remained in Virginia and

enjoyed a career as a budget Analyst, for Fairfax County during the day, but at night

and on weekends he actively pursued his true love, music, music theory, and especially voice His musical interest are as eclectic as can be, ranging from opera, to musical theater, and from sacred music to the great music standards sung by the likes of Tony Bennett and Frank Sinatra. For the last 35 years, he has studied diligently with a myriad of voice teachers, and learned a great deal from the many choir directors, singing with their choirs and cantoring. He sang for 10 years with the Northern Virginia Opera Theatre, singing in a plethora of operas and operettas. He performed lead and chorus roles in many community theater productions over the years and has developed a particular love of Gilbert and Sullivan operettas.These days, Ben enjoys singing with the Seventh Street Playhouse, singing weekly with St. Mark Catholic Church in Vienna, Virginia and St. Albans, Episcopal Church in Annandale, Virginia, singing with several local piano bars weekly as well as occasionally performing at several local Senior Citizen centers

Oklahoma and settled in Northern Virginia 40 years ago after leaving the military.  He is a

served him well in his current capacity as an analyst for Booz Allen Hamilton.  His study of

continued in the years to follow with vocal training with various local voice teachers.  He was first introduced to musical theater in Panama, when he was stationed in the Panama Canal Zone, where he performed the part of Stewpot in a production of South Pacific.  That performance sparked a performance flame inside that has been roaring ever since!  After being stationed in the Pentagon, here in northern Virginia, Ronnie found the Little Theatre of Alexandria, LTA.  LTA, a highly professional local little theater, provided Ronnie a perfect environment to express his artistic talents and served as a springboard for him to join other local theater oups and the Northern Virginia Opera Theatre company. In addition his fondness for musical theater, operettas, opera and vocal standards, Ronnie enjoys performing sacred music.  He currently sings with the St. Mark Catholic Church and St. Albans Episcopal Church choirs weekly and with special Arlington Diocese, Diocesan Choir.  Currently he is more than happy to join the Seventh Street Playhouse cast performing, A Musical Medley. music.

Medley, an evening of music excerpted from two musicals, Lincoln and God by Anthony Gallo and John Ward, and Vandergrift by Anthony Gallo, Beatrix Whitehall and John Ward premieres at the Arlington Mill Stage in Arlington, Virginia on May 18 at 8 PM. Both plays are based on the critically- acclaimed stage dramas of the same name by   Gallo, a Vandergrift native.    Each of the original plays have been staged as full productions twice, and have had a total of twenty-one staged readings.

Gallo wrote the book and lyrics for the Lincoln play, with John Ward as composer, arranger, and   orchestrator.    Gallo also wrote the book, while Beatrix Whitehall (Mr. Ward’s wife), wrote the lyrics and music for Vandergrift.  Mr.  Ward provides arrangement and orchestration.   Selections include Winding Streets (a waltz) and We Want to be Treated Fair.

Both composers visited the Victorian Vandergrift Museum several years ago and fell in love with the Museum, the town, and the Casino Theater.  Ms. Whitehall said she looks forward to performing Winding Streets in Vandergrift someday.

Ms. Whitehall is the third composer who has collaborated with Gallo on the Vandergrift musical.  Vermont composer Donald Velsey was followed by Alan Gershwin (son of George) who had to resign   for health reasons.

Medley will be performed at a number of Washington, DC venues including the Kennedy Center for the Performing Arts   in September

Bagley, Margaret (Floride Calhoun) She appeared in June in a presentation of "The Hollow", an Agatha Christie play at the GAC. In 2015, she had a part in a one-act play, "Life And Death". Last summer she was in "The Springfield Boys", a Tony Gallo play. Margaret has sung in the Capital Encore Chorale for five years. A pianist, she appears with her husband, Grant, a bassist, in the Baguette Magique combo joined by a vocalist and drummer.  They provide pre-dinner music at Washington, D.C.'s Collington Community where the couple resides

John Ward is the composer for  Lincoln and God


Beatrix Whitehall has been musical all her life, though she only dimly remembers her childhood piano lessons.  She has written songs for a number of years, but “Vandergrift” is her first attempt at a musical. She is part of The Homespun Ceilidh Band, a nine-piece Celtic group,where she  sings and plays percussion.  A retired public defender, she is now studying to be a teacher. 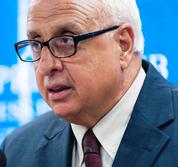 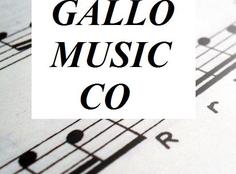 Gallo Music Company is the center for all of Librettist Anthony E. Gallo's musicals.  We are a subsidiary of the Seventh Street Playhouse: http://seven.aegallo.com

CLICK TO VISIT EACH OF THESE MUSICAL WEB SITES

LINCOLN AND GOD: THE FOLK OPERA

Previously Mr. Gallo worked with composer Alan Gershwin((2012-2014), son  of  George Gershwin,  on both Lincoln and God and Vandergrift!  Mr. Gershwin had to step own due to health reasons.  Mr Gallo also worked with Vermont composer Donald Velsey (2009-2011).

Gallo Music Company is a subsidiary of the Seventh Street Playhouse LLC.   The other two subsidiaries are Eastern Market Studios and Browns Court Publishing Company